In the Multi Hall on the second floor of the Yugoslav Film Archive, 1 Uzun Mirkova St, Belgrade, on Tuesday, 10 March 2015, there was a promotion of the first phase of the program: The digitization of cultural heritage – Collections of newspaper clippings „Half a century of Yugoslav Film“ – hemeroteca of Yugoslav Film Library.

The first phase of the program was implemented under the sponsorship and funding by Ministry of Trade, Tourism and Telecommunications Republic of Serbia, in the organization of Yugoslav Film Archive and Centre for Development of archival technology „CERAT“, with operational and technical support from company Iron Trust Ltd. Belgrade and the Agency for the treatment of archival documents and materials – AskMe.

The importance of digitizing program has been moved to protect its original form from the damage, destruction and loss, and providing opportunities to a simpler, more comfortable and safer way, uses its electronic form.

The promotion was attended by representatives of institutions, associations, agencies and companies that participated in the first phase of this program, as well as all those who have supported and expressed interest in the program. 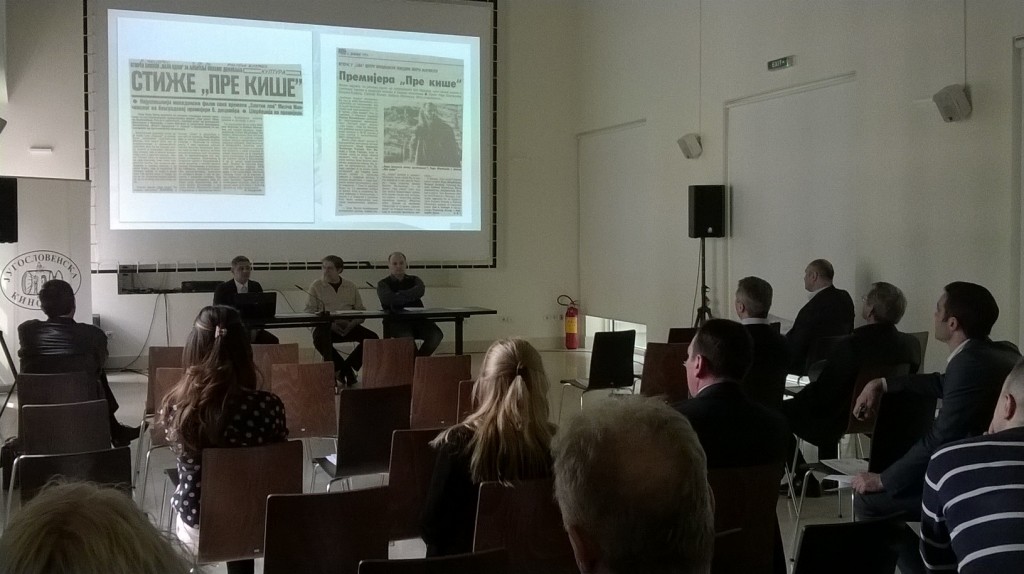