“Morphou: Looting and destruction of an ancient cultural heritage.” 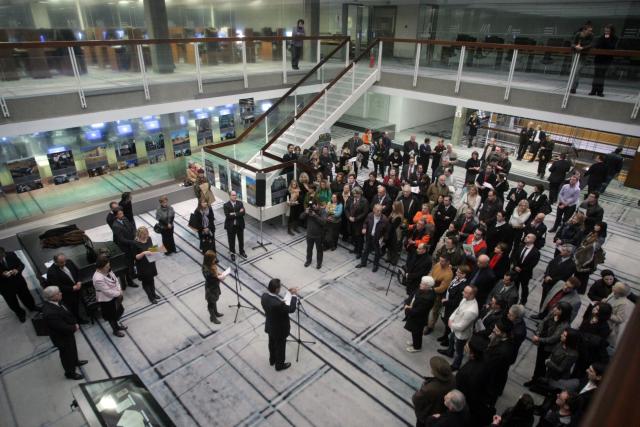 The exhibition “Morphou: Looting and destruction of an ancient cultural heritage.” was opened at The National Library of Serbia on February the 6th. The exhibition consists of photographs which represents cultural and religious monuments of the Municipality of Morphou, Cyprus.

The objectives of the exhibition was the presentation of the cultural and spiritual monuments of the area and the town of Morphou audience in Serbia, as well as an appeal to Europe and the cultural institutions that affect Turkey as soon as possible to allow the preservation, protection and restoration of the cultural heritage of the area that is deteriorating. Another idea was to return cultural treasures in the hands of their legal owners.